It was almost Hannibal Lecter’s mask in Silence of the Lambs. The Criterion Collection unveiled some footage of Hopkins screen testing a variety of masks for his portrayal of Hannibal Lecter. Unfortunately, our style of mask wasn’t chosen.

The Patton Saber Mask was designed for practice and competition fighting with a Patton Saber. The Model 1913 Cavalry Saber, commonly referred to as the Patton Saber, was a cavalry saber designed for the U.S. Army by Second Lieutenant (later General) George S. Patton in 1913. Patton was “Master of the Sword at the Mounted Service School” at Fort Riley, Kansas.[1] 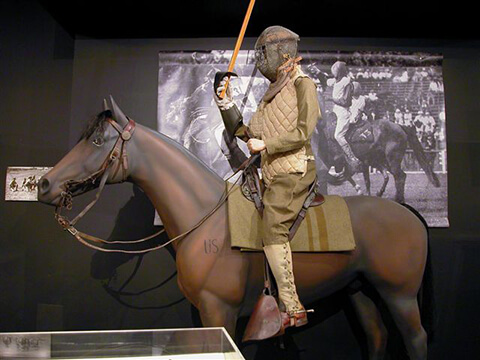